Home » The psychology of settlement in mediation

The psychology of settlement in mediation

Legal disputes typically involve questions of hard, black-letter law.  Where there is a written contract, have the parties complied with its terms? Is there a default? Where there is a statutory or regulatory duty, has it been fulfilled? Where a default is established, has that caused loss to the other party and, if so, how much? Questions like these engage lawyers, as it were, in their comfort zone of a rules-based approach to disputes and dispute resolution.

However, as any experienced litigator can tell you, other non-legal aspects of dispute resolution are also crucial in achieving good outcomes.  The way in which we approach negotiations – and the psychology involved in negotiation – is of paramount importance.

In the context of mediation, negotiation can pose many challenges and there is no strategic silver bullet. Understanding the psychology of settlement is vital and this is a reality sometimes lost on lawyers themselves.

In this article, the first of a series, business psychologist Dannielle Haig (DH) and Construction lawyer Laughlan Steer (LS) discuss the underlying principles and personal experiences of negotiation strategies and psychology, with a focus on mediation.

By way of reminder, mediation is a conciliatory process whereby the parties to a dispute (which may or may not have reached the courts) agree upon the appointment of an independent third party to co-ordinate settlement discussions at a chosen venue. This individual will then host those in dispute for an agreed period ranging from a half-day for simple disputes, to extended periods for high value or complex matters.

The role of the mediator is not to decide upon the merits of the parties’ positions (statements of which are normally submitted beforehand along with an agreed bundle of documentation). Nevertheless, the mediator should test claims from both sides, with a view to narrowing the ambit of the dispute and therefore encouraging the parties to settle.

In this context Dannielle, how should we start to think about settlement negotiations?

Let me start by observing that negotiation is in fact used by us all in everyday life, far more often than you’d think, and isn’t reserved for mediations, contractual discussions, and big deals.  In fact, successful negotiation is a valuable skill for life that we can all benefit from developing. My belief is that anyone can enhance their negotiating skills as it requires only knowledge of human behaviour and practice. To increase your chances of emerging from a negotiation successfully, there are a few basic steps to master.

As with most things, preparation before entering a negotiation (equipped with an understanding of the deal dynamics) is the first step to enhancing your chances of success. Taking stock of your opponent’s standpoint and previous negotiations is a given, however, there is more you can do.  Prepare by educating yourself as to who has leverage in the deal and who wants the deal more.  Also consider your opponent’s time constraints.  If the other side is to receive a payment from you, then the leverage is likely to be on your side which can change your stance. Finally, in your preparation, identify the key decision-maker to ensure you know whom to engage with so as not to waste time.

Normally when entering a negotiation, it is normal to be focused on your own goals and what you want to achieve from the situation. This, however, isn’t necessarily the best approach as it can leave you waiting for your opponent to stop talking before articulating your own argument. This is a problem:  it prevents us from active listening and hearing our opponent’s standpoint which can be valuable knowledge.

The best negotiators spend more time listening to what their counterpart is looking to achieve than voicing their own goals. By focusing on your own position, you become fixed in your thinking and less flexible and agile, impairing your ability to handle the inevitable adversity coming your way. Giving your sparring partner more space to talk and tell you their position gives you space to counter their objections and limitations more effectively. It is also wise to have several acceptable alternative outcomes prepared in advance to strengthen your confidence in the debate, so you’re not rigidly stuck to one outcome.

Finally, never accept the first offer. This tactic should reduce the chances of the other party being disappointed with the outcome and potentially causing further delays. Even though it may slightly extend the length of negotiation, by countering on your offer, you will most likely gain more, even if a little, and your opponent will believe that they have closed on a better deal, despite having to pay more.

My first observation is that mediation is likely to be the first time the parties have been sat in the same room since the dispute emerged.  Whilst this may result in some sparks (I have even heard of a brawl erupting as the parties both arrived for one opening session), in most cases it presents a vital, final chance to appeal directly to the better nature of the counterparty and resolve the outstanding issues.

Solicitors often deliver the opening statements at a mediation, but the parties can do so themselves. If done right, these statements can set the stage for constructive settlement discussions.

In some (admittedly rarer) cases, the other side may really want an apology.  Although some lawyers may not thank me for saying this, it is all too easy to build acrimony through solicitors’ correspondence at the risk of further distancing the parties from settlement.  I recall a mediation which, several hours in, appeared to be at a total impasse. However, after one representative left the room to deliver a sincere apology to his opponent, this softened the atmosphere and resulted in the parties achieving a welcome but unexpected settlement.

It is therefore always worth asking the question – what does the other side actually want? This can help to ensure that no innocuous but readily fulfillable objective has been neglected.

Studies have shown that parties that make the first offer are more likely to have their final offer accepted.  Indeed, going first is not a sign of weakness (although in my experience clients often must be convinced of this).

Making the first offer is tactically beneficial where information provided in the position statements has materially changed the power balance between the parties. A sensible first offer can show that the offeror has fully appreciated its position and is approaching the mediation with the right mindset.

Final offers should be treated with care: those pitched too high or made too early risk jeopardising settlement (or a substantial loss of credibility in the event of subsequent revision).

In some cases, it is appropriate to hold on the final offer. At a recent mediation, where the parties were tantalisingly close to settlement, our client instructed the mediator to tell the opposition that “final means final.” Our offer was accepted shortly thereafter.

It is worth remembering the old adage about a good mediation: neither party should be happy with the result, but both can live with it.   If you reach that point, your negotiation strategy has probably worked.

In their next article, Dannielle and Laughlan will consider the efficacy of threatened departures and other tactics used to bring settlement discussions to a close.

If you would like to learn more about Druces’ Dispute Resolution and Dannielle’s business psychology services, please speak to: 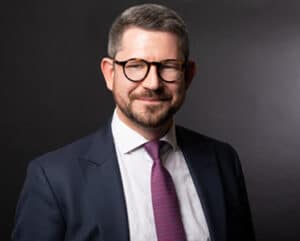 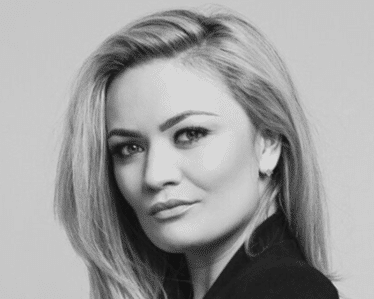