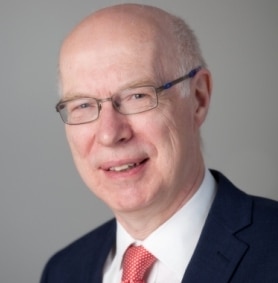 
David Smith is a corporate lawyer with over 35 years’ experience of advising entrepreneurial growing companies, both public and private.  His practice focuses on capital markets and a combination of capital raising and mergers and acquisitions, often with a cross-border element.

David has been actively involved in AIM since its inception in 1995, and has acted as company secretary to a number of listed and AIM companies. While David represents clients across a range of industries, his practice has some emphasis on the life sciences and natural resources sectors; to that end, he has lectured and written on the application of royalty financing securitization structures in the pharmaceutical industry. He also has a growing renewable energy and cleantech practice.

David joined Druces LLP in January 2016 having previously been a partner in the London office of an international law firm. He lives in Buckinghamshire, where he can sometimes be found playing the piano as an accompanist for local choirs, or supporting his local football team, Wycombe Wanderers, where he is a director of the club’s fan-owned holding company Wycombe Wanderers Supporters Group Limited.

In Legal 500, 2019 David is recognized for his work on corporate and commercial M&A.